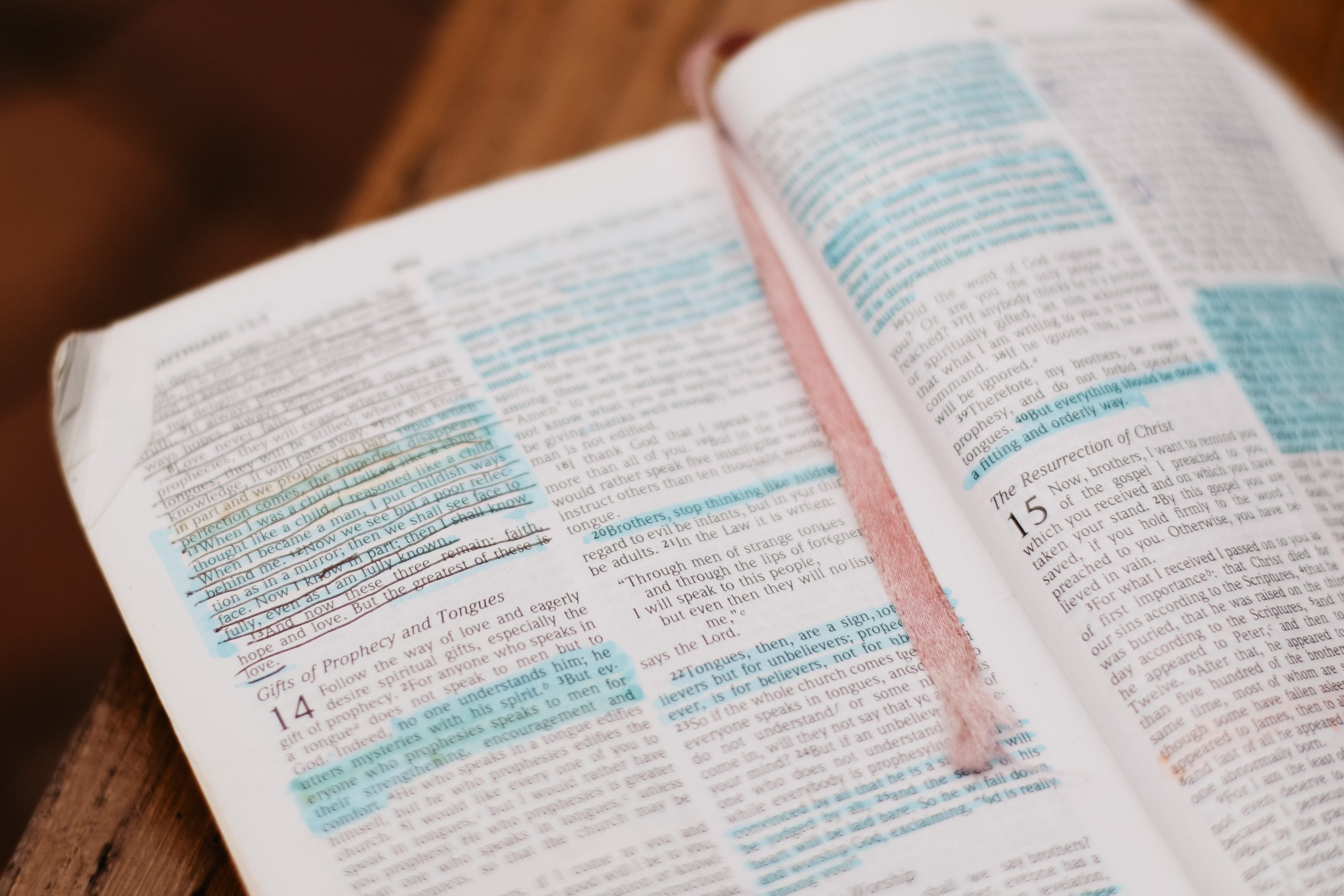 It’s no secret that Scripture memory is a vital tool in the Christian discipleship toolbelt, and with good reason. “I have hidden Thy word in my heart, that I might not sin against thee” was one of many verses drilled into my brain as a child back in the 70’s – many of which I still retain. (Yes, the verses were from the King James Version. Modern versions weren’t really a thing in the Southern Baptist church of my childhood.)

As I grew into my teens, I changed churches, and became acquainted with modern Bible versions, and the NASB became my translation of choice. My new church was also big on Scripture memory, and being a good memorizer, I set to it with a will. I’m immensely grateful for those faithful saints from both of my childhood churches who encouraged me to embed those nuggets of Scriptural truth into my grey matter.

It wasn’t until later, in college studying theology in the early 90’s, that I realized a shortcoming of memorizing verses – it was oh-so-easy to disconnect those verses from their surrounding context, opening the door to misunderstand what those verses were actually saying.

One example is Revelation 3:20: “Behold, I stand at the door and knock: If any man hear my voice, and open the door, I will come in to him, and will sup with him, and he with me.” (Again, I learned this in the KJV.) This verse was often quoted in an evangelistic context: “Jesus is knocking on the door of your heart – open the door and let him in and be saved!” But when you look at the surrounding context of that verse – the tail end of Jesus’ letter to the church at Laodicea – you find that this appeal is given not to unbelievers, but to the church!

At around the same time, one of my college classmates, an older student whose name now escapes me, amazed all of us wannabe preachers and theologians with a feat I never even thought possible: He had memorized the entire book of Ephesians. The whole thing. All six chapters. And he would quote it from memory at the drop of a hat.

After college, the idea of memorizing a whole book of the Bible slipped out of my mind. That is, until about 10 years ago, when I saw this video:

Who could not be stirred up by such a skillful recitation of such an amazing text? (An aside: How much more of an appetite would there be for the regular reading of Scripture in our church services if they were read with even a fraction of the passion that Ferguson displays in that video?)

Soon thereafter, I would read Andrew Davis’s book An Approach to Extended Memorization of Scripture. Davis, like my college classmate, is into memorizing whole books of Scripture – and the book (which I highly recommend) details his method for learning and retaining them. I don’t agree with all of Davis’s methodology (like memorizing verse numbers), but if you wanted to memorize and retain a whole book, it’ll surely get the job done.

But for most of us, memorizing a book seems like a bridge too far – months and months of sustained effort. And memorizing individual verses, while helpful, has the drawback I mentioned above. Is there a better way that reduces the dangers of verse memorization without the lengthy time commitment of book memorization?

I believe there is, and I call it “big rock memorization”. As in the proverbial illustration (which I think originated with Stephen Covey), you put the big rocks in the jar before the pebbles and the sand, so that you make sure they’ll fit. Similarly, I propose memorizing the “big rocks” of Scripture – key passages that are the heart of the Bible’s teaching.

A “big rock” passage may just be a single verse – John 3:16 comes to mind. But more frequently, these key passages may span a few verses, or even as much as an entire chapter (think Psalm 1 or Romans 8). The desideratum is a unit of connected thought that can stand on its own.

The first “big rock” passage I memorized – more than a decade ago now – was Romans 3:21-31, and the deeply nested truths of that glorious text have been part of my mental furniture ever since. Other big rocks that followed have included Psalm 1, Ephesians 1:3-14, and Philippians 2:5-11.

If you’re ready to go deeper in your Scripture memory, I encourage you to pick a “big rock” passage of your own today and start to commit it to memory. If you’re having a hard time choosing, start with Psalm 1 – its poetic meter makes it easier than sheer prose. But whatever passage you choose, the effort will be worth it!